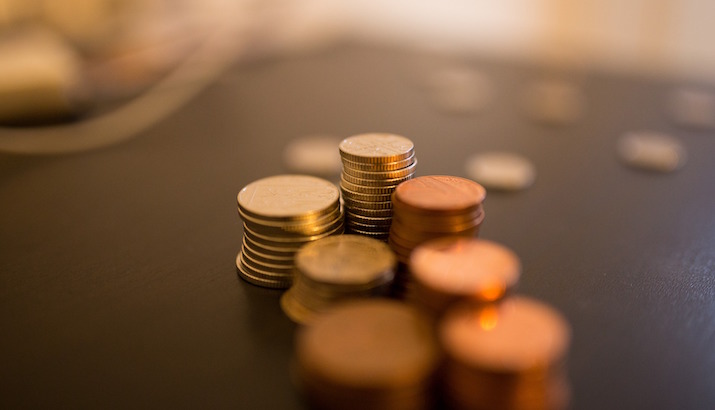 How to ask for a pay rise

Talking about salary is a decidedly un-British pursuit. Nobody seems to like discussing what they are earning and it can feel like a particularly awkward conversation when it comes up. But sometimes the conversation is necessary – for example, when you want to ask for a pay rise. Of all the awkward chats this one is probably high up on your list, but it needn’t be the worst thing. As with most meetings in the business world, preparation is key, and knowing how to handle a situation regardless of the direction it goes in will help you to keep a handle on things.

1. Why do you deserve a pay rise?
Before you work out how to go about asking for a salary increase, you need to have an honest conversation with yourself about why you deserve the pay rise. Unfortunately, your employer is under no obligation to make sure that you have enough money to run your car, so lifestyle factors are not a legitimate reason. Being a hard worker is also a bit of a grey area – there is an expectation that you should work hard at your job (that’s the reason why you were hired) and it is not necessarily a factor for a salary increase. Having had a recent upsurge in responsibilities attributed to your role IS a reason, but you will need an ironclad list of instances wherein you have been required to take up work that is above your pay grade. Another reason is if you can prove that your role within the wider industry that you work in pays a higher average – online research tools such as payscale.com are useful for this. The last thing you can consider is whether you were told when you accepted the job offer that you would have a salary review at some point and if that point is overdue.

2. How much should you ask for?
If you have done your research around what the average is for your role in other companies, then you will probably have a ballpark figure in mind for what you are aiming for. Don’t go into the pay rise conversation without a firm idea of what you are asking for. Are you going to play it tactically and ask for higher than you would settle for? Or will you be frank and upfront, laying your cards on the table? One piece of advice is never to mention another employee’s wage as a comparison for your own increase – even if your co-worker shared that information willingly, it bears no reflection on your own achievements and there might be many factors that mean they are on a higher pay grade than you.

3. How to go about asking
As this is a sensitive subject, it’s probably best not to try and catch your boss as they are in the midst of a thousand emails first thing on Monday morning. You would be better off asking for a private meeting and suggesting a time when you know they will be free and relatively relaxed (i.e. not a deadline day). If they ask what the meeting will be about then be honest but vague, for example saying you want to talk about your role and position in the company. Get ready for the meeting by working out what you want to say beforehand – there’s nothing worse than losing your train of thought when discussing an important matter. Ensure that you spend your time emphasising your positive attributes and the reasons why you have gone above and beyond as an employee rather than coming across negative and entitled. For example, say “I have done tasks xyz which would usually be classed as managerial level rather than assistant”, instead of “I’ve noticed that others in the team have received a pay rise and I find this really unfair” – even if this is true you don’t want to be putting your boss on the defensive.

4. Don’t mess it up
Stay calm throughout and try not to let yourself get worked up. If you have prepared for the meeting thoroughly then you should be firm in your reasons so don’t be tempted to waver or backtrack at any point. The best way to navigate a tricky conversation is to say your piece calmly and clearly and then listen to the other person’s point of view without interrupting – nobody likes being interrupted and you definitely want your boss on your side.

5. If the answer is no
At the end of the day there might be a few reasons why your boss says no. The business might just not have the funds for it and you will want to stay professional in the face of being turned down. Ask your boss if there is anything you can do to make it happen in the future and see if you can agree on a suitable time further ahead when the matter might be brought up again for review. BrighterBox CEO Charlie Johnson says: ‘Tell them how much you want to be earning, then ask what objectives/goals you'd need to reach to achieve that. This shows them that you're goal-oriented and ambitious.’ Sometimes employers might be open to discussing alternatives to a pay increase, such as flexible working. For example, you may be able to save money on travel if you can work from home occasionally, so don’t be afraid to ask.

6. Follow up
Once the meeting is over (and you’ve breathed a quiet sigh of relief) don’t forget to send over an email thanking your boss for their time. Summarise the points that were raised and if they said no, but agreed to a chat in the future to discuss it again then be sure to mention that. This way you will have a written record of your conversation and you can refer back to it later on if needs be.

BrighterBox has the best roles for graduates at startups in London. If your pay-rise request get rebutted - maybe it's time to look for something new?

BrighterBox's ultimate startup guide
The best places to live in London for recent graduates
Are you being overworked? Know your rights
An introvert's guide to navigating the physical workplace
Decoding Job Adverts

Marketplace
Can raising too much money harm your startup?